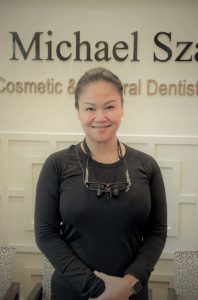 Dr. Dorothy Narvaez-Woods is a very proud veteran of the U.S. Navy having served as a general dentist earning the rank of lieutenant where she was deployed in support of Operation Enduring Freedom and Operation Iraqi Freedom 2 with the USS Tarawa Amphibious Group.

In addition, she has served as a staff dentist at the Walter Reed National Military Medical Center and was appointed as the civilian dental consultant to The White House Medical Unit.

Dr. Woods has owned her own dental practice in La Jolla, CA in the past.

In her spare time, she is both Principal Speaker and West Coast Advisory Board Member for the Navy UDT SEAL Museum. She also enjoys spending time with her husband Ian and son Kai. 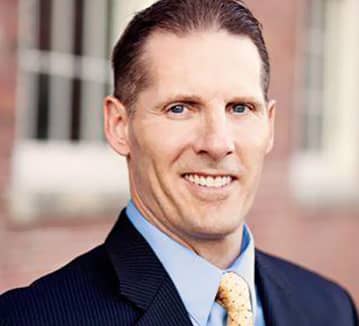 Beauty
Imagine yourself with a beautiful new smile. 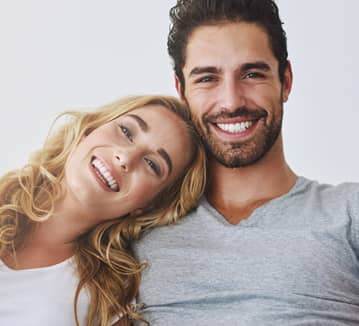 I just finished my first cleaning appointment and I am so happy! Ashley was amazingly gentle and thorough. Dr. Szarek was also great! For someone who has always been petrified of the dentist, I can honestly say that come my next appointment I will walk in without butterflies in my stomach! Great job!

Dr. Szarek recently replaced my front crowns and I absolutely love them! He did such great job. I love my new smile. The staff is very professional and friendly!

Went to him for the first time yesterday due to a cracked tooth. Not only did he fix it but it was pain free! I have had bad experiences with dentists, which makes me anxious, but he and his staff were amazing!!

Very experienced, practical, and kind. Dr. Szarek spends thousands of hours at continuing education to give his patients the best care. I completely trust Dr. Szarek's recommendations and care—he is the best!

I'm a huge dental phobic. Dr. Szarek and staff make all those fears go away! Such an amazing team!